I took a stroll around my neighbourhood earlier in the week -Tuesday, actually-, when for once it wasn't raining and\or blowing a hoolie. I was curious to see how the storks were doing, and I didn't have far to go before I spotted them, but unfortunately, they were too far away for my mobile to pick up any details: 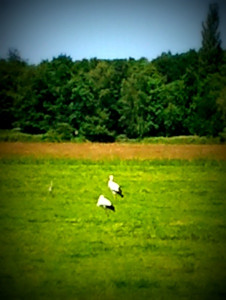 The nest site was empty and I don't think this pair have reproduced this year, which is somewhat disappointing, but maybe, considering the appalling weather we've been having these last few months, a blessing. After all, storks nest high up and exposed.

On my way back, I came upon this idyllic scene: 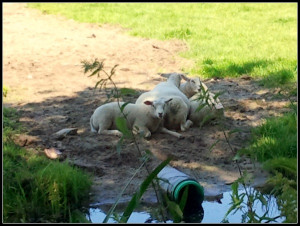 I think that's what I like best about living in The Hague: on the one hand, it's got all the amenities necessary for city life, while on the other, it's never really lost its aspect of 'biggest village in Europe'.
Tags: photos, project 365
Subscribe
Comments for this post were disabled by the author